Is there really a thrilling mystery lurking in the walls of the St. Nicholas Church in Demre, Antalya? Read on to find out! April Fools’ Day; beware, for nothing is as it seems today! As hoaxes become more and more sophisticated, it is hard sometimes to remain the fooler and not the fooled. Plus, with the addition of media pranks and tech tools like the QR Code solution, staying on one’s toes during this day is a challenge. So as you enjoy what the Scottish would call in Gaelic “Huntigowk Day” (hunting the cuckoo or a foolish person), allow us to take you on a journey to explore the different ways people celebrate April Fools’ Day traditions around the world.

Academic scholars and experts in numerous areas are perplexed by the appearance of a QR Code on one of the catholic church’s St. Nicholas’ prized Byzantine frescoes. As pictured, a saint is holding up a tablet engraved with what appears to be a QR Code sans logo or frame. Christian curators at the Demre, Antalya church in Turkey split their gills over this thrilling mystery, wondering if this is an attempt at recreating a Dan Brown alternative religious history enigma. Puzzled by their finding, the staff immediately took to their phones to scan the QR Code and unravel this conundrum. Fervent theories abounded amongst both restorers and curators; would it lead to a PDF of an ancient Bible? Link them to the perpetrator’s social media account for more clues? The reality of the matter, though thrilling, only led them to an April Fools’ farce. Needless to say, they were left with their fins in a knot.

So is there really a thrilling mystery lurking in the walls of the St. Nicholas Church in Demre, Antalya? April Fools! It never happened.

What is April Fools’ Day?

Celebrated for centuries across the world, in one way or another, April Fools’ Day falls every year on April 1st. It is a day made famous by people pulling pranks, jokes, and hoaxes on each other. Be mindful: pranksters are getting more and more creative.

Unlike QR Codes, which were definitely and famously developed in 1994 by Masahiro Hara from the Japanese company Denso Wave, the history of April Fools’ Day does not have a set origin story. Mirroring the deceiving nature of the day, it’s hard to pin an exact date on its inception, but inferences and connections can certainly be made. It is thought, for instance, that the day has roots in the Ancient Roman festival Saturnalia. Celebrated during the last weeks of December, the god Saturn was honored with the usual temple sacrifices, yes, but celebrations evolved into a carnival during which time master and servant transgressed societal boundaries and switched places.

A similar celebration, though unrelated to the Roman feast, took place in Europe during the Middle Ages called The Feast of Fools. On January 1st, a mock bishop or pope was elected, ecclesiastical rituals were parodied, and the division of societal classes was turned over their heads.

But perhaps the calling out of foolishness relates to the European switch from the Julian calendar to the Gregorian calendar during the Middle Ages, essentially shifting New Year’s celebrations from the last week of March to the end of December. Those who celebrated New Year’s Eve on January 1st may have mocked those who celebrated it on any other day (*cough* April 1st *cough*), thereby turning it into April Fools’ Day.

Leave it to the day of fools to muddy the waters. Though April Fools’ Day history remains illusive, let’s instead take a look at how different countries carry on the tradition of planting red herrings and making fools of one another.

Poet Eloy d’Amerval published in 1508 his book “Le Livre de la Deablerie”, a book on nefarious plottings between Lucifer and Satan. This book is perhaps the first place where “le poisson d’Avril” (April fish), the French term for April Fools, is referenced.

In France, especially among children, it is customary to stick a paper fish on an unsuspecting victim as an April Fools prank without being noticed. Once the fish is discovered, the prankster screams out the infamous “poisson d’Avril” phrase. Newscasters and the media are also known to publish sordid tells that seem almost real, but make subtle references to fish as a clue for audiences to unmask the ruse.

In Ireland and throughout the United Kingdom, the early bird gets the worm, sure, but the early prankster also gets the last laugh. In this part of the World, pranks are an activity strictly reserved for the morning. If a joker sees fit to play a trick afternoon, it is they who become the April fool.

A traditional prank in Ireland involves a letter. The fooler entrusts his victim with a very important letter with the instruction to give it to someone else in an endless loop. If someone were to catch on and open the letter, they would read a variation of “send the fool further.”

Created in 1972 by the Odessa KVN team after the decimation of all KVN TV shows, Humorina is an annual festival held in Odessa, Ukraine. To celebrate humor and laughter, a large parade is held in the city center with people dressing up in funny costumes, and performances are held by musicians, comedians, and clowns to spread laughter, trickery, and humor.

Up is down and left is right, and in some parts of Greece rain on April Fools’ Day is believed to have healing powers. And while some of us strongly believe laughter to be the best medicine, Greeks relish a good prank on April 1st by assigning good fortune and well-being to any successful prankster.

If you read our introduction, then you are already familiar with Scotland’s infamous “Huntigowk Day” or hunt the cuckoo or fool day. Another noteworthy aspect of Scottish April Fools’ Day is that it is not celebrated on a single day. No, the festivities carry throughout the two first days of April. The first day is dedicated to April Fools’ pranks and hoaxes (but remember, only until noon!) while the second day is famously called Preen-tail day or Tailie Day, when people stick paper tails on each other’s backs.

From March 17th to March 18th, India has their own festivity to celebrate the joys of Spring. Though unrelated to April Fools’ Day and trickery, Holi, an ancient Hindu festival, celebrates the eternal and divine love of Radha Krishna. Called the Festival of Spring, the Festival of Colours, and the Festival of Love, it is commemorated with an explosion of colors and celebratory bonfires. It is the festive day to end and rid oneself of past errors, to end conflicts, and to forgive and forget.

In recent years, the younger generations also partake in the Western-influenced tradition of April Fools’ Day by pranking each other and yelling out “April Fools!”

Unlike in the UK, April Fools’ Day is unabashedly an all-day celebration. Time does not protect you from tomfoolery, as hoaxes and April Fools’ pranks are allowed to continue well past noon. Fake announcements abound on this day, pre-planned pranks and elaborate jokes are pulled on friends and family, and media mischief awaits gullible readers and listeners alike with well-crafted sordid tales.

As a long tradition of hoaxing with misleading pranks and mischievous foolishness, April Fools’ traditions have a long, though mysterious, history. From The Feast of Fools to a switch in calendars, to Ancient Roman celebrations, it is interesting to note that the tradition of laughter and humor carries on and continues to spread deviltry in good fun, year after year. Happy April Fools’ Day from Bitly! 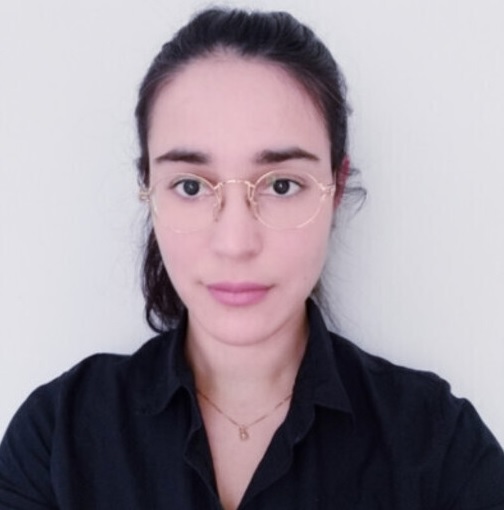 Georgia Zouganeli is a content writer at Bitly. She was born in Florida, the sunshine state, but raised in France, and is now based in Münster, Germany. She specializes in creative and SEO writing, and in her free time, she is an avid climber, training weekly at her local bouldering gym and traveling to Fontainebleau whenever possible. Feel free to connect with her on LinkedIn!

Need a marketing accessory to bring in more conversions? Discover the missing gem to boost your jewelry brand or company!

QR Codes for Accessibility: Uses for People with Disabilities

Can QR Code tech create more accessibility and inclusivity for people with disabilities? Discover the intelligence behind these trusted allies.

Chalk Up! Here Are 5 Brilliant Ways to Include QR Codes in Indoor Climbing