Creating QR Codes can and should be far more than simple black and white pixels. The same as with many elements of graphic design, a pleasing aesthetic balance is important for marketing campaigns to function successfully.

Why is it important to design custom QR Codes?

The success rate of marketing campaigns is often highly influenced by the graphic design used. With QR Code Generator, it’s possible to customize many aspects of all your individual QR Codes, as well as saving the designs as templates for later use. Here we’ve outlined some of the major advantages that QR Code design provides.

Stand out from the crowd

Original QR Codes look more or less the same: a box with black and white squares. But nowadays they can be so much more than that when given some graphic design oomph. QR Code Generator software has enabled functionality for custom frames, different levels of colors, and the ability to include a CTA (Call to Action). Using these elements makes it so your individual brand is conveyed through the QR Code. When compared to the look of the original QR Code design, a customized QR Code with designs is likely to be scanned more often.

To emphasize on the topic of branding, when QR Codes are designed with your brand specifications, they can add to total brand awareness. Think of the concept of a logo. It’s something people remember because they see it repeatedly, then connect to a specific company. This, in turn, creates customer retention after a purchase is made because they remember that brand.

The same concept goes for QR Codes. They should include your brand colors, font, and elements that speak about your brand. They can even include the logo inside them as well for a good double dose of branding.

A big perk when it comes to designing individual QR Codes is that you can save your designs as templates. But not only this, particularly if you use a Dynamic QR Code, you can track and make edits throughout their entire use. If your goal is to find out which types of QR Codes bring the best results, you can test out different designs to see which ones work best.

The other thing to keep in mind is to make sure that the aesthetics are well-balanced. The QR Code always needs to be readable amongst the designs of the rest of the material surrounding it. The sections below explore how to do this more in-depth. 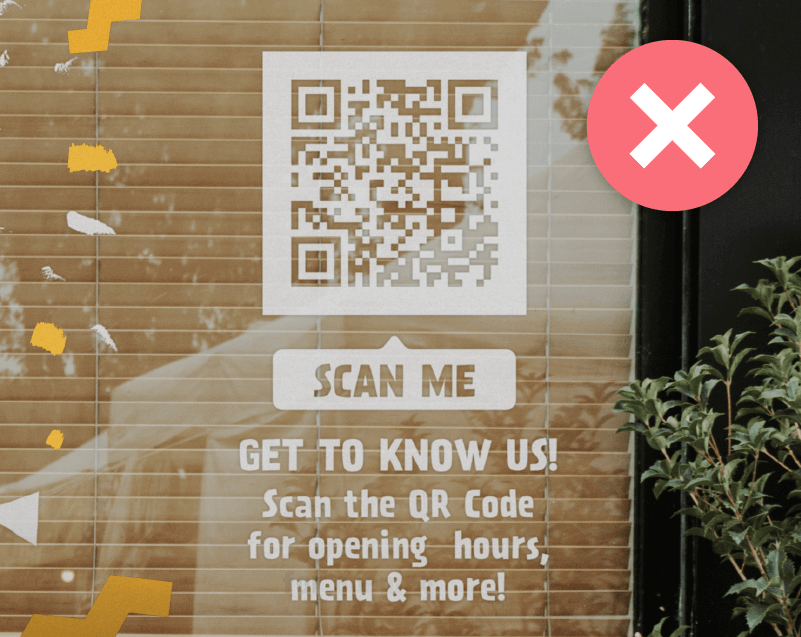 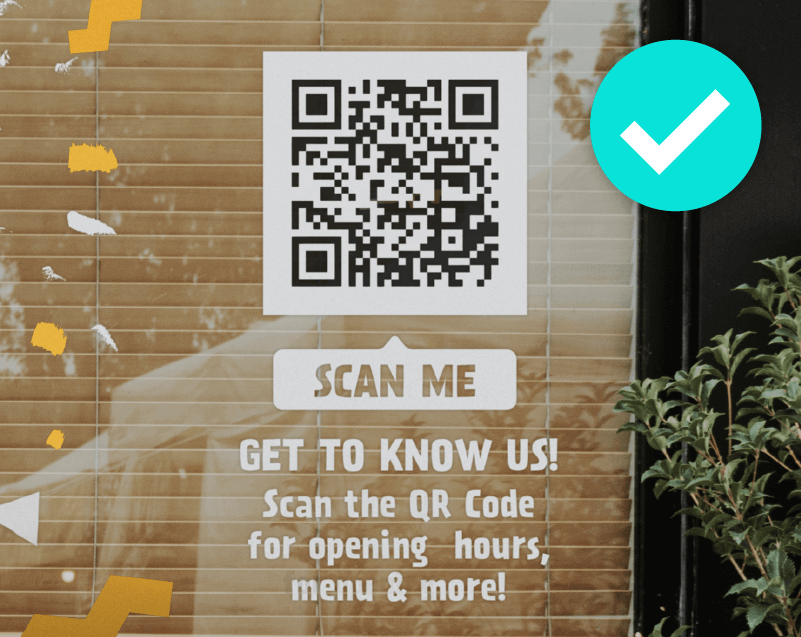 Take note of the background material when creating your QR Code

Use colors that contrast, but not too much

QR Code design should include a balance between colors that contrast so that the QR Code stands out, but it still also has to match with the rest of the material. The focus should be to include your brand colors and then contrast them so a reader’s eye is brought to the QR Code. If everything is the same color, they might not even notice the QR Code. If there’s too much color, the entire material design likely won’t match. 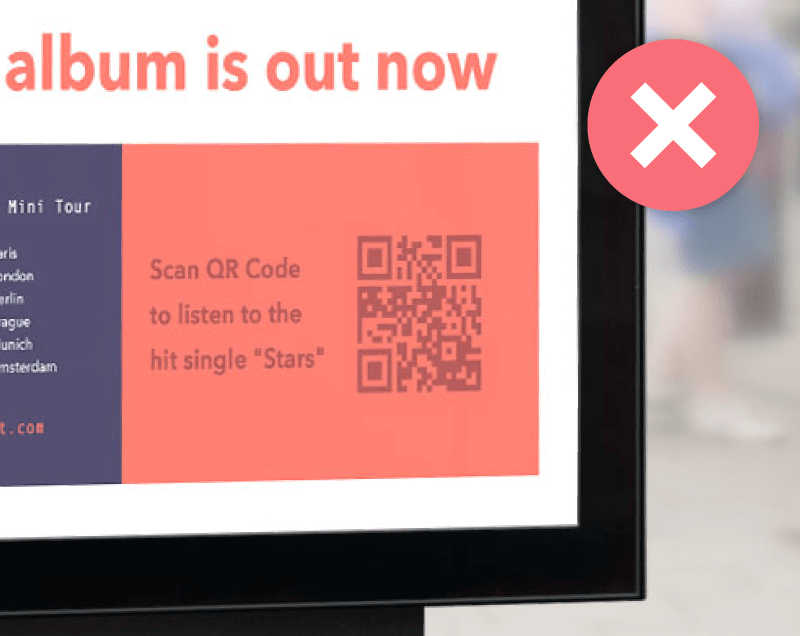 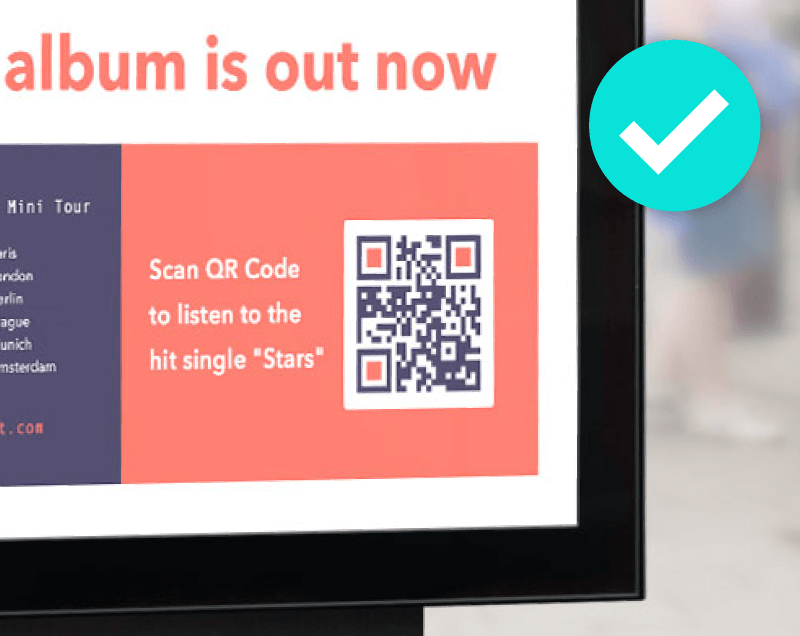 Make sure the surrounding colors clearly show your QR Code

Contrast also means checking the background that your QR Code will be placed on. Particularly if you are using QR Codes on print materials, make sure the QR Code still contrasts from the background, otherwise, it could become unreadable.

Include images or a logo

The customization software from QR Code Generator enables users the use of logos or images within the QR Code itself. Furthermore, it’s also possible to include your logo on the loading screen where you are redirecting users to. This again expands your brand awareness in every QR Code.

Play with frames and edges

There are tons of different frames you can use to customize QR Codes with an individual shine. Give QR Codes different edges and make them even more unique. You can also use different frame tactics as a way to help a QR Code stand out further graphically.

Despite the design tips above for the frames and edges, QR Codes should always remain in a square shape. Rectangular and other QR Code shapes do exist, but particularly when it comes to using them in marketing campaigns, you’re likely to get more scans by keeping them in their recognizable square shape. The advantage of the square shape is that it was developed to minimize scan time, which makes content load faster afterward as well. 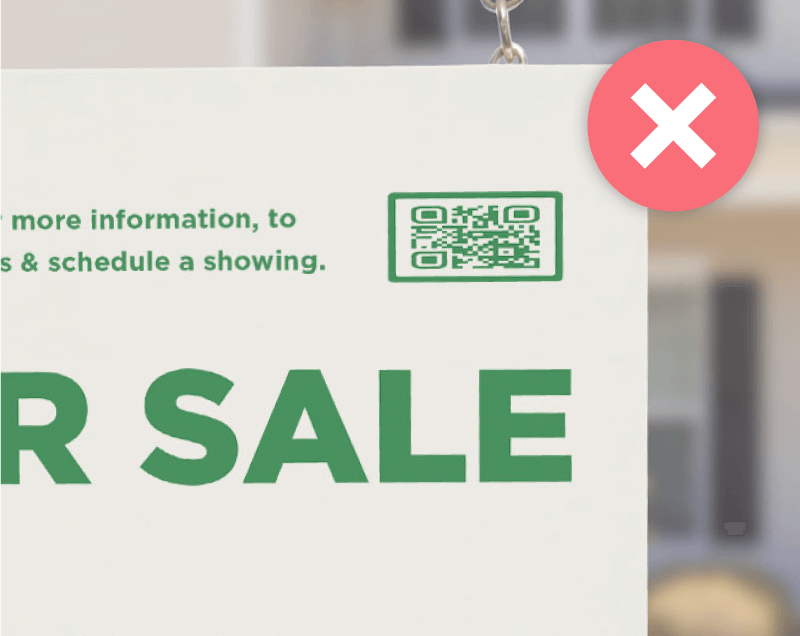 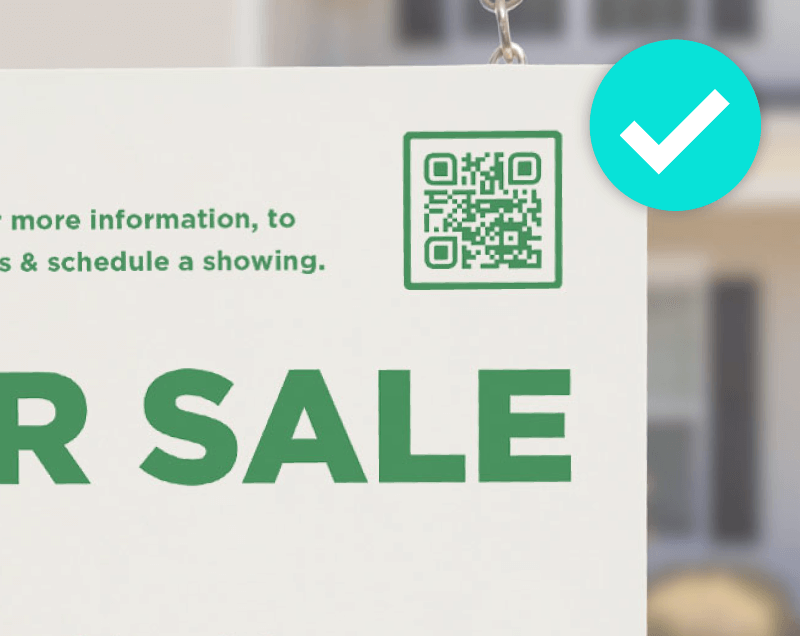 All QR Codes contain a quiet zone, meaning a blank space that separates the QR Codes from the surrounding designs. When you are designing material around QR Codes, no matter whether print or digital, make sure to keep this section in mind so that the edges don’t get blurred, which could make the QR Code unscannable. 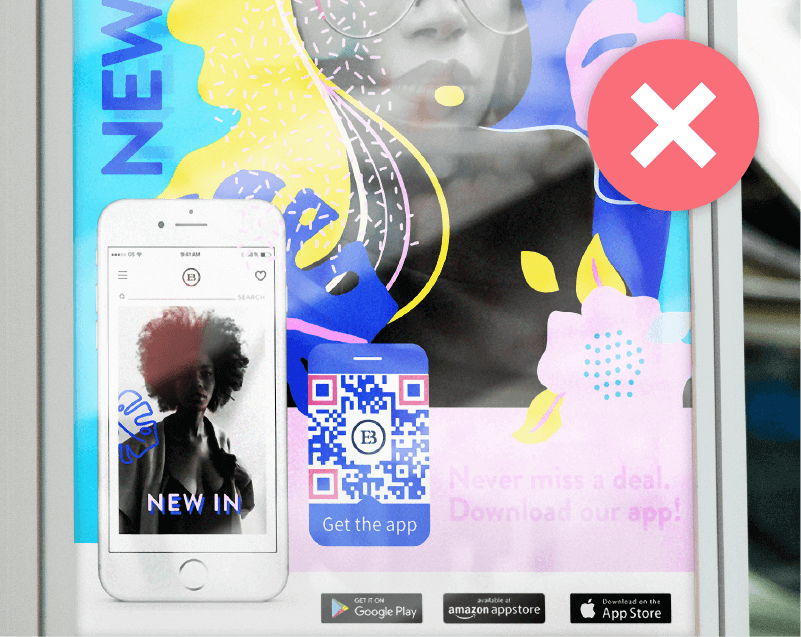 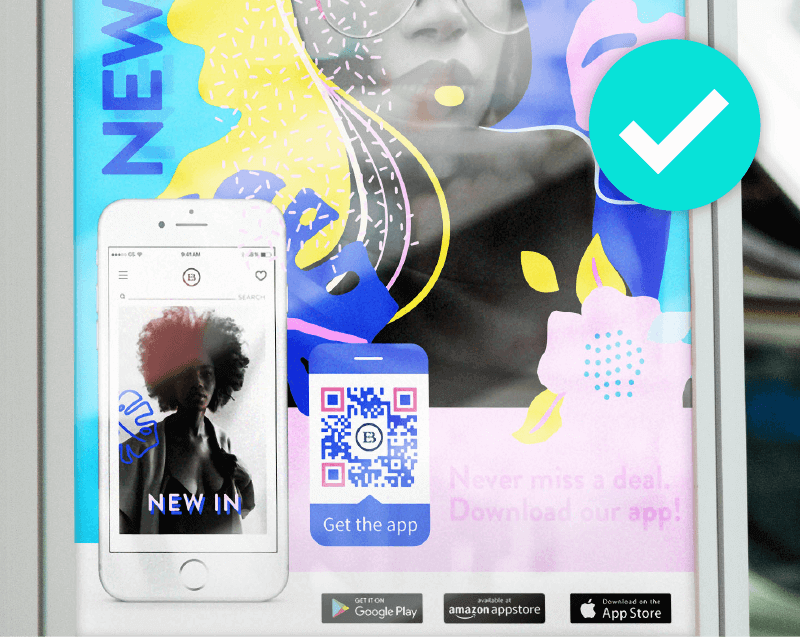 Don’t overlap the quiet zone with over designs

Particularly when you are using QR Codes on print materials, there are some important points to keep in mind. While digital QR Codes can be edited (as long as you use a Dynamic QR Code), editing print materials means reprinting the entire material, which can cost time and money. Take precautions in your original design to avoid print mishaps.

Print materials, of course, come in a wide variety of sizes. There are big differences between the sizing of graphics on a billboard versus on a small brochure. Take these differences into account when printing your QR Code as well. It has to be big enough that it’s clearly findable, but also shouldn’t take over the whole page. Balance is the key here. 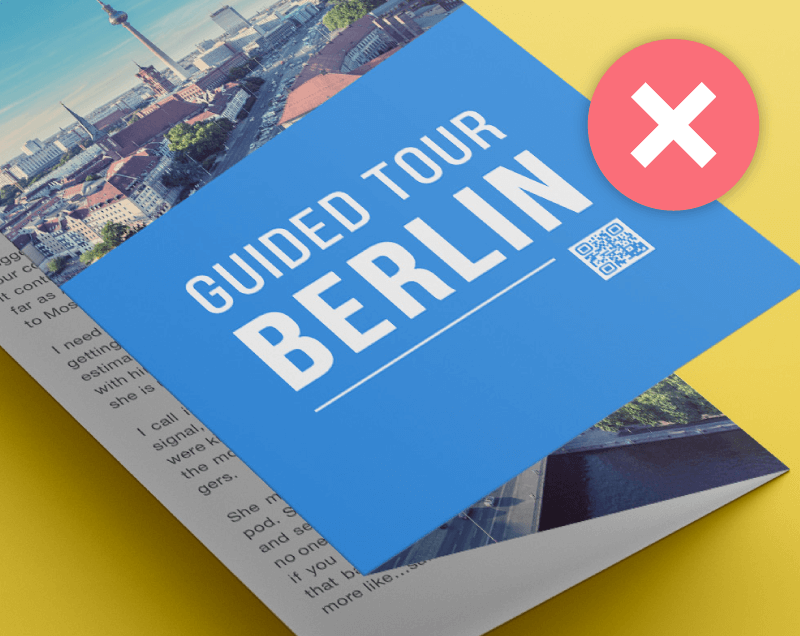 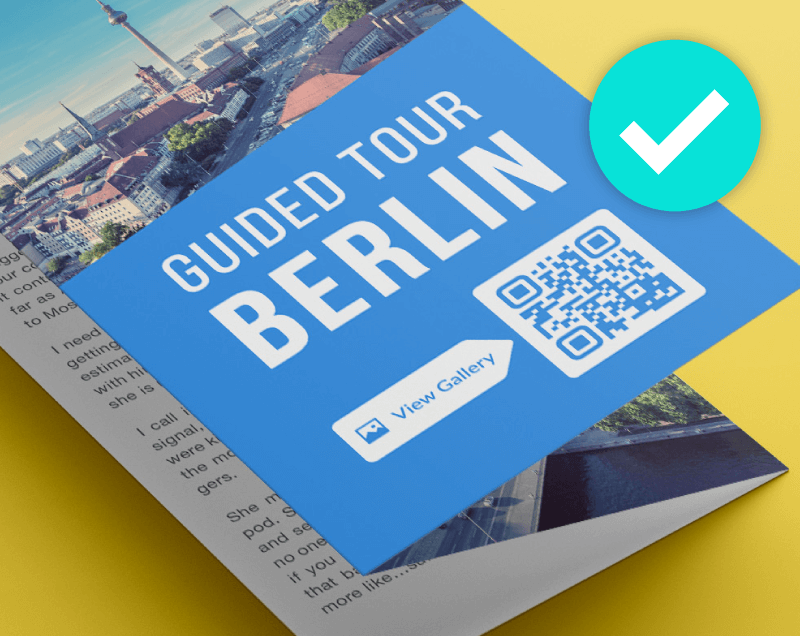 Making sure that all of your information is correct before printing is of the utmost importance. Especially if you’ve printed mass amounts of materials, the QR Code design itself, of course, can’t be changed. You can, however, help lessen the chance of disaster striking by using an editable Dynamic QR Code, in which you can updates links and other content a user is directed to without changing the QR Code design itself. 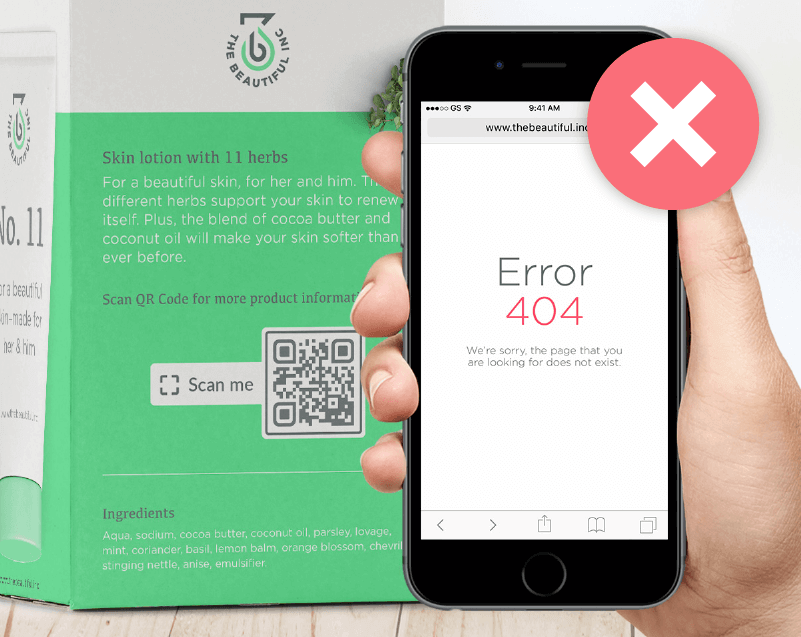 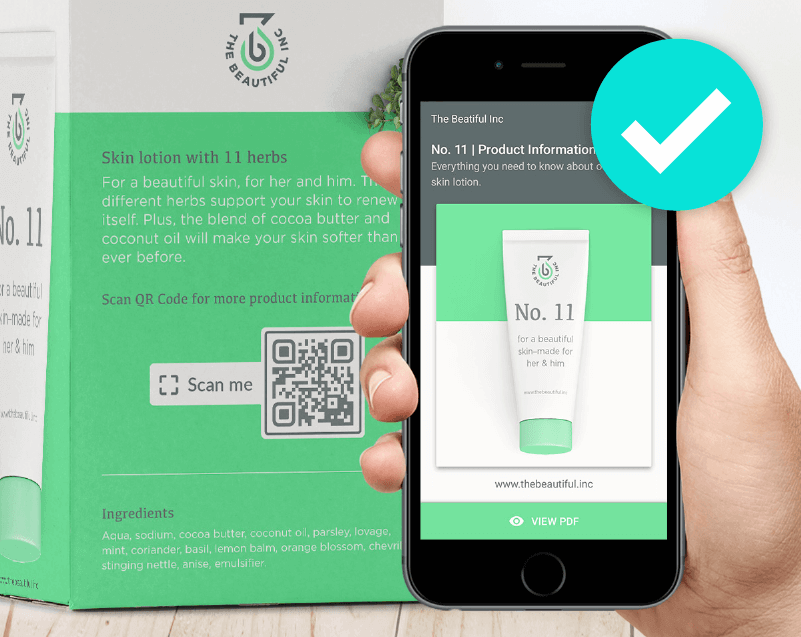 While this is the case with all printed graphics, QR Code images and designs themselves should also be printed with high-quality images in mind. If your QR Code is too small or blurry, then it could be that due to errors the QR Code is not scannable. High quality ensures more scans. 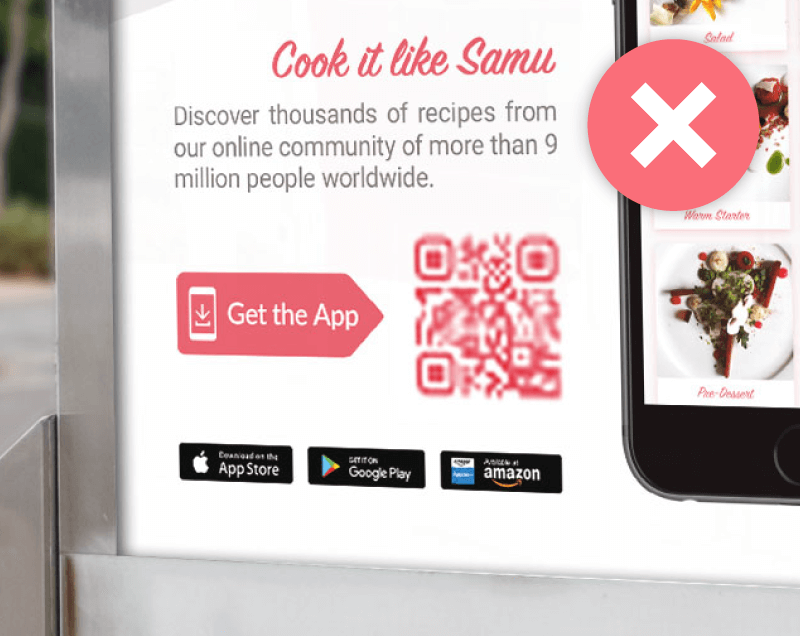 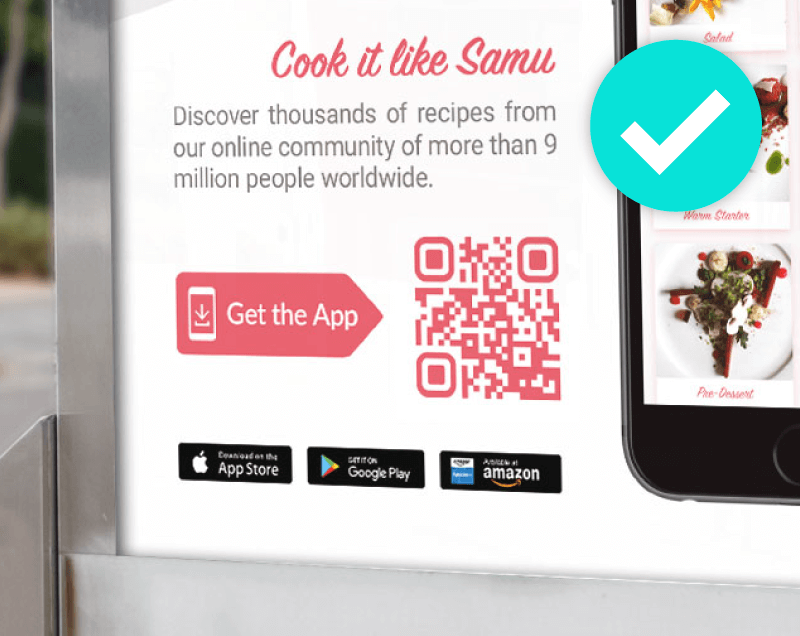 Particularly when you are placing QR Codes on a display such as a billboard, it’s especially important to place the QR Codes where people can easily see them directly. If you place them too low or too high, they could go entirely unseen, a potential disaster for a marketing campaign. 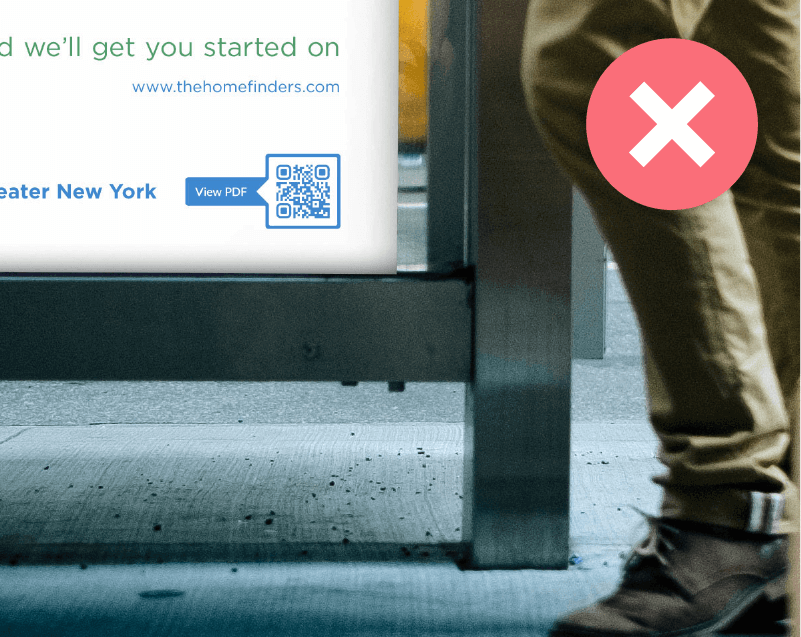 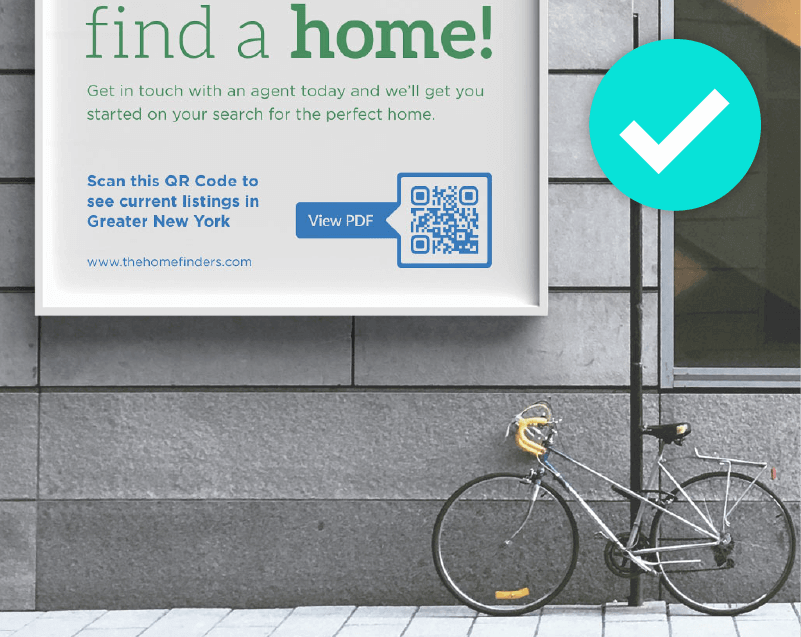 Focus on one QR Code

Having more than one QR Code on one print document could make things confusing. The point of QR Codes is to include a CTA (Call to Action) so that users make a certain action based on that instruction. Multiple QR Codes means needing multiple CTAs, which confuses your customer on what action they should take. In addition, QR Code scanners can only detect one QR Code at a time. 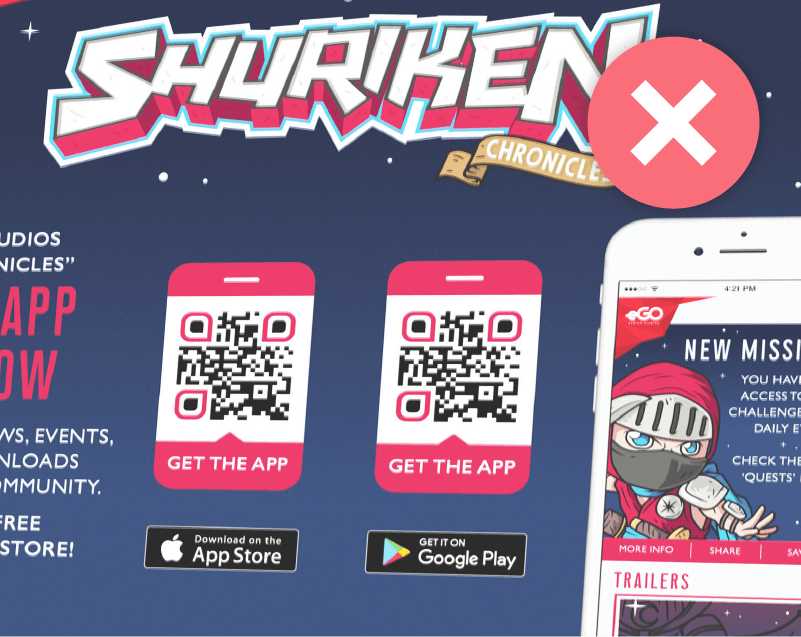 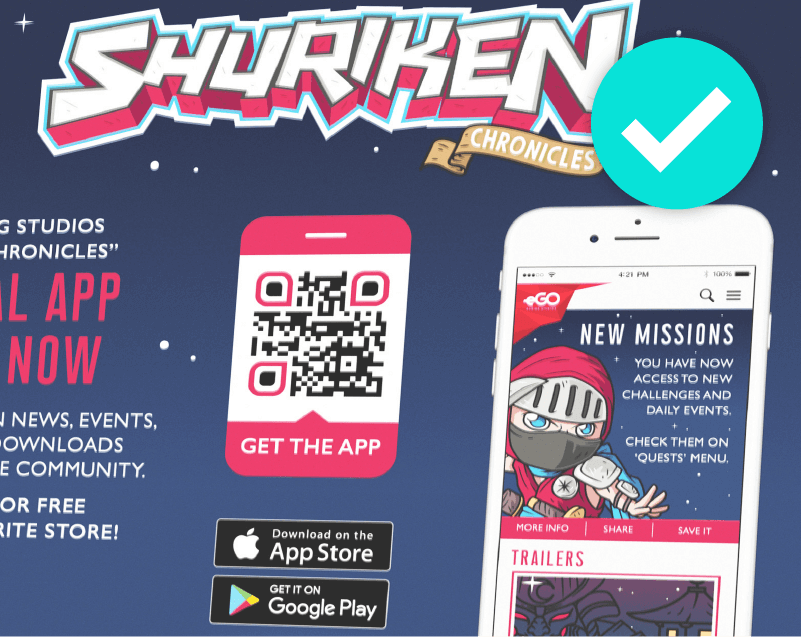 Use only one QR Code per material

CTAs, in general, are an important topic for all marketing campaigns because it centers the focus of the campaign. The CTA is the exact action that you want a customer to take according to that marketing campaign, which should be focused on bringing them one step closer to making a purchase or even making a purchase directly. Without a CTA on a QR Code, it’s also difficult for users to understand why it’s beneficial for them to take the action of scanning. 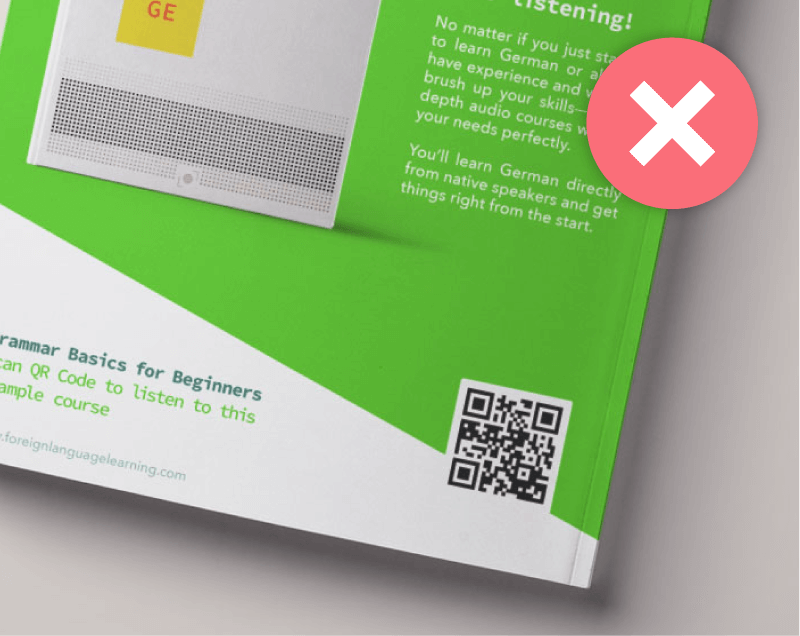 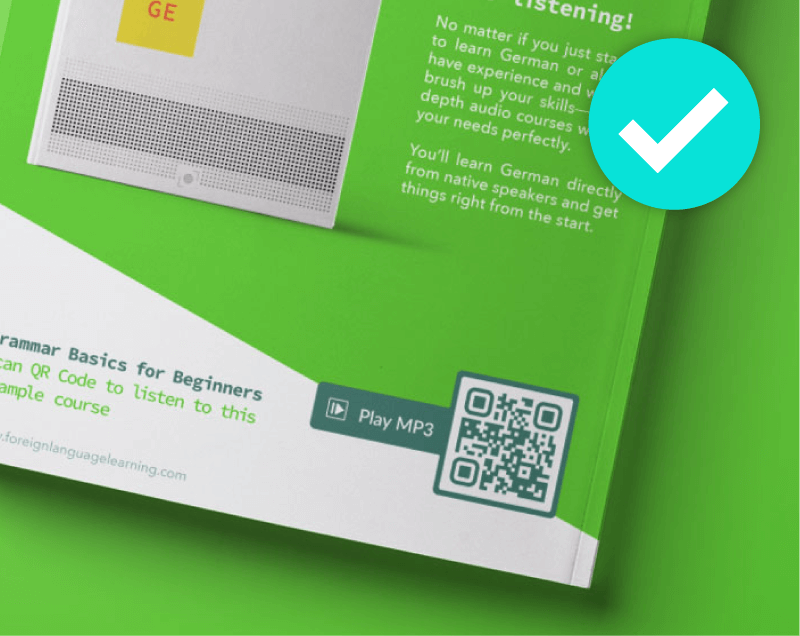 QR Code Generator has some fantastic designs to take a look at if you need a source of inspiration. We’ve added some additional examples below.

This Twitter user documented his awesome use of his QR Code made by QR Code Generator to use on posters for ticket giveaways. What a fantastic way to spread brand awareness and offer new customers a sweet bonus.

Lacoste decided to add a QR Code to their shop front that allowed users to sign up and receive a 15% discount if they register after playing one of their arcade games. This is a fantastic way to offer new customers an incentive to sign up, which allows the company access to their email, resulting in even further email retargeting opportunities.

Wilkinson Sword, a company known for razor blades, wanted to encourage users to take part in a competition, a clever way of gaining more social media traction as well. They added a QR Code next to the label in Tesco stores, a highly tactful move.

This high school cheer squad decided to kick their event registration up a notch (literally) by adding a QR Code to a social media post. The intent was to get more people to sign up for a special dance clinic that was coming up in the near future. Hats off to this fantastic design!

Chalk Up! Here Are 5 Brilliant Ways to Include QR Codes in Indoor Climbing

What’s square, pixelated, and wants to hold a roundtable on service design for the elderly? Take a sit, the QR Code is just getting started.

How to Upgrade Your Marketing with QR Codes at Trade Shows